Transfer to hotel, check in

Free shopping in the centre of the town

This temple, tucked in a hollow in the cliffs on Malta’s southern coast, is probably the most atmospheric of all Malta’s temples. It lies in an isolated position on a rugged stretch of coast over-looking the isle of Fifla and just 500m from another principle temple site, Hagar Qim, the surrounding area is designated a Heritage Park.

Wied Iz Zurrieq
The picturesque Blue Grotto and its neighbouring system of caverns mirror the brilliant phosphorescent colours of the underwater flora.

Marsaxlokk fishing village
The foremost fishing village and perhaps the most picturesque sea sid locality in Malta. One can her admire the small fishing craft the Luzzu and Kajjik painted in vivid colours or red, yellow green and blue floating lightly on the calm waters of the day.

Birgu- Citta vittoriosa
The word Birgu signifies a town or suburb behind a castle guarding it. This castle, Fort St Angelo built by the Arabs in the 9th century. This area had been inhabited long before the Romans had conquered Carthage and our islands during the historical Punic Wars in 216/218 BC.

Valletta- The capital city
Valletta, Malta’s capital and a World Heritage site, is nothing short of an open air museum. It is a living experience of Baroque architecture, a monument donated by the Knights of St John nearly five centuries ago. Throughout the years, Valletta has welcomed emperors, heads of state, artists and poets and is now the permanent seat of the Maltese government. Dotted with quaint cafes and wine bars, the city is today one of Malta’s main tourist attractions, hosting among others. The majestic St John ’s co cathedral, the imposing bastions and a treasure of priceless paintings. It also provides a stunning snapshot of Malta’s Grand Harbour, often described as the most beautiful in the Mediterranean. The city unique setting nowadays plays host to a series of cultural events, from theatre in English, to concerts by leading opera singers. A hive of business activity during the day, the city switches to a slower gear for the night. Use it to your advantage to get away from the noise and take a stroll to admire the magic of the fortified capital amplified by the gentle lighting. Admire the bastion walls, the dense clusters of worn limestone buildings, the timber balconies, and imposing Churches.

This splendid church was built between 1573 and 1577 during the reign of Gran Master Jean de la Cassiere. A baroque work of art in its architecture and sculptures, this Church boasts some of the most beautiful works of art by Mattia Preti and Caravaggio himself.

St. George’s square
Visit St. George’s square or Palace square, has been freshly turned from a car park into an open space for satisfaction of the Maltese people and tourists who visit Valletta, a World Heritage Site, the capital city of Malta. The main attraction in this Square is a modern fountain, built as a tribute to the original fountain which formerly transported water to the city via Alof de Wignacourts’ Aqueduct. Contrary to its original form however the fountain has now been positioned underground the providing the necessary space to any activities being organized in the Square.

Grand master’s palace
The State Rooms are the show piece of the Presidential Palace sted at the heart of Malta’s World Heritage Capital city of Valletta. The Palace ltself was one of the first buildings in the new city of Valletta founded by Grandmaster Jean Parisot de L Vallette in 1566 a few months after the successful outcome of the Great Siege of Malta in 1565. The Palace was enlarged and developed by successive Grandmasters to serve as their official residence. Later, during the British period, it served as the Governor’s Palace wand was the seat of Malta’s first constitutional parliament in 1921. The palace today is the seat of the office of the President of the Republic.

Casa Rocca Piccola
Casa Rocca Piccola was built in the late 16th century for Don Pietro La Rocca, a knight of Malta and an Admiral. On his death it was left to the Italian Langue of the Knights to house some of the more important Italian Knights of Malta. However for the last 200 years, some of Malta’s more famous and illustrious families have occupied Casa Rocca Piccola.

Travel to Gozo by ferry

Ggantiija Temples
The Ggantija temples consist of two megalithic temples surrounded by a massive common boundary wall and dating to between 3600 BC and 3200 BC. One of the most striking features of the entire complex, the boundary wall, is built using the header and stretcher technique, with the megaliths alternating face out and edge out to provide structural stability. The name of the complex is derived from the Maltese word “ggant” meaning giant.

Victoria, Gozo’s capital city and the Cittadella
The old capital of Gozo was the center of activity since Neolithic Times. It has impressive battlements which offer a superb view around the Island with vistas over the fields dissected by rubble walls. The imposing Cathedral dedicated to Santa Marja is believed to have been built on the site of a Roman temple dedicated to Juno, watches over the quaint remains of the old houses and winding narrow streets that had once housed locals that scurried into the Citadel for safety whenever corsairs were sighted off the coast of Gozo. One of these, the so called Norman House, had been transformed into a Folklore Museum which offers a fine display of the way of life from classical to recent times.

Qbajjar Salt pans & Xwejni
The Qbajjar Salt Pans were painstakingly carved out from the natural limestone rock to make collection pits for salt water to evaporate, leaving behind it raw, and rock salt rich in minerals. These date back from Roman times and are still in use. A redoubt dating back to 1620 still stands on the shoreline.

Xlendi bay
The idyllic landlocked bay of Xlendi and the glorious blue green waters were for many years a haunt of artists and photographers. The delightful sea inlet, known as Xlendi Bay, lies at the end of a deep, lush ravine which was a river bed. Until the mid-20th century, Xlendi was a small fishing port and restful summer resort for a few locals and Maltese.

Dwejra
The Azure Window- an impressive natural arch standing some twenty meters high. The inland Sea - a secluded bathing pool with crystal clear waters and surrounded by cheer cliffs. A small tunnel connects it to the open sea.

Travel to Malta by Ferry

Mdina
Mdina is a medieval walled town also known as the “ Silent City”. It was home then, as now, to Malta’s noble families, some are descendants of the Norman, Sicilian and Spanish overlords who made Mdina their home form the 12th Century onwards, Impressive palaces line it’s narrow, shady streets. Mdina is one of Europe’s finest examples of an ancient walled city and extraordinary in its mix of medieval and Baroque architecture.

St. Paul’s Catacombs or Roman Domus Rabat (Optional)
St Paul’s Catacombs represent the earliest archaeological evidence of Christianity in Malta. They have been called after St Paul because of their vicinity to St Paul’s church and grotto. They were cleared up and investigated in 1894 by Dr. A.A. Caruana, the pioneer of Christina archaeology in Malta.

The small museum of the Domvs Romana is built around the remains of a rich, aristocratic roman town house (domvs) which was accidentally discovered in 1881. Although very little remains from the house itself, the intricate mosaics which survived for centuries as well as the artefacts found within the remains are testimony enough of the original richness and story of this fantastic abode.

Dingli Cliffs
Dingli Cliffs are an impressive sight, especially if view them from sea level on an island cruise. They’re the Island’s natural fortress, one bastion the Knights did not have to build to protect them. From the cliff tops, one of the most striking view and sheerest drops is just west of Dingli village. Another atmospheric view is over to the uninhabited isle of Filfla. The tiny chapel of St. Mary Madgalene perched on the edge marks the highest point on the Maltese Islands, some 250 metres above sea level. 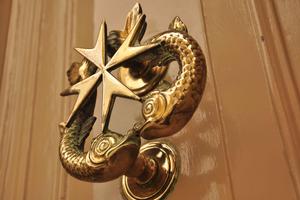 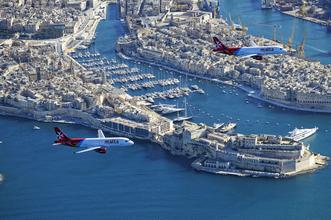